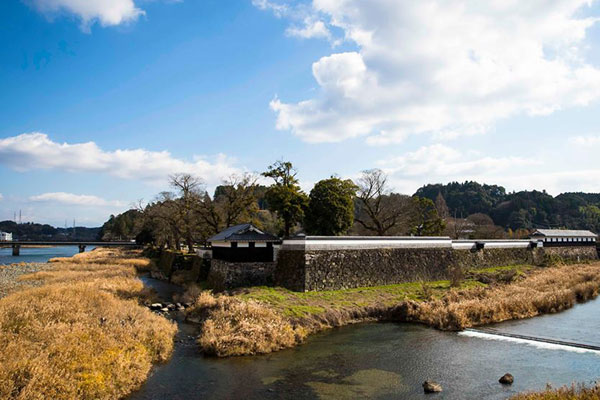 The ruin of Hitoyoshi Castle 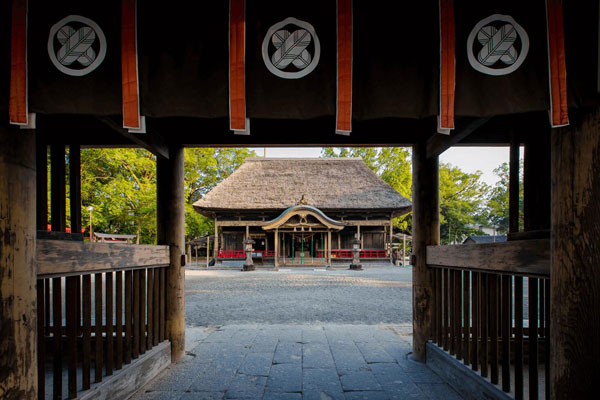 Aoi-Aso Shrine was built in 806. Its architectural form has strong originality of the medieval Kuma-Hitoyoshi region, and the statues in it and colors used feature the splendor brought from the Momoyama period. National Important Cultural Property, Aoi-Aso Shrine, has five shrine structures such as the main hall, corridor, offering hall, oratory, and the two-storied Romon gate, and they were the first shrine of the all Kumamoto’s existing buildings designated as National Treasure of Japan. Also, Aoi-Aso Shrine is the first and thatched-roof shrines designated as a national treasure in Japan and the southernmost.

The Romon: there are no other examples but the two-stored gate in Aoi-Aso Shrine is put masks of Gods under angle (corner) blocks upstairs, called “Hitoyoshi Style.” 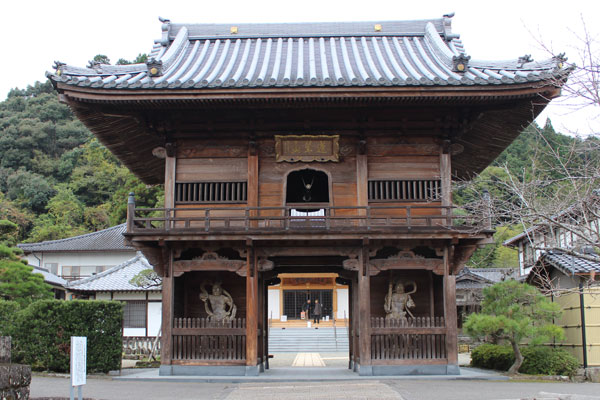 Eikoku Temple is known to a ghost temple and a long vertical hanging scroll with ghost painting that the founder Jikkei Buddhist monk seems to have drawn is bequeathed. Also, there is the oldest five-storied stone pagoda (now four-storied) in Kuma-Hitoyoshi region in the temple precinct. During the Seinan War broken out in 1877, Takamori Saigo stayed at the temple as headquarters, but some buildings included the main hall was burned out. After that, Eikoku temple was rebuilt in 1891.

Look at the Map

Have exposure to traditional cultures

You can go to see or experience traditional cultures such as the foods and drinks (Kuma-Shochu, miso, soy source, green tea) and the crafts (Kiji-uma, Hana-te-bako, making a kitchen knife, etc.) with the 700 year-old history flourished by Mr. Sagara. Why don’t you join to the local people’s custom or a part of their practical daily lives inherited in Kuma-Hitoyoshi region through watching and experiencing them. 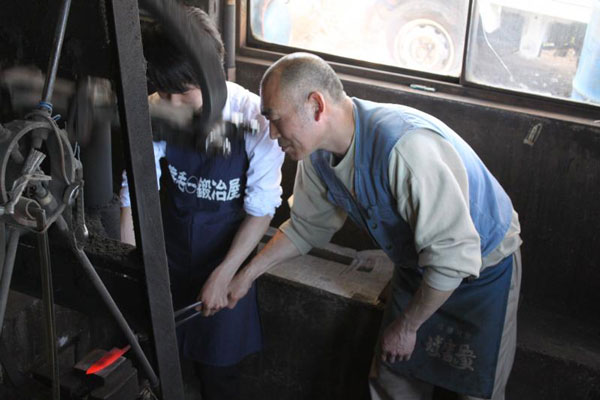 The atmosphere of “Kajiya-machi street” is worth being called “little Kyoto.” A long time ago, this town “Kajiyamachi,” as its name shows, had about 60 blacksmiths. Today, there are two stores that smithies are still hammering edge tools every day. Also,

Experience of making a kitchen knife 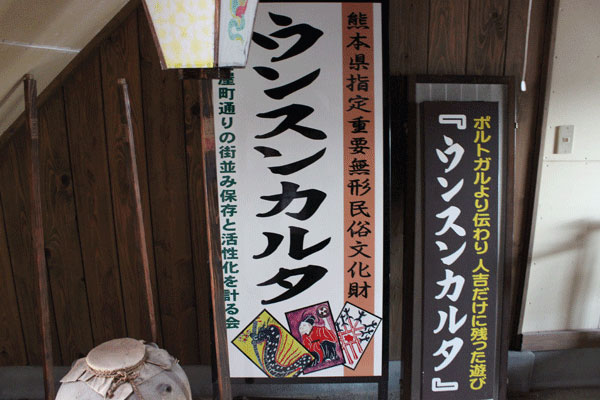 “Un-Sun-Karuta” is a kind of card game introduced by Portugal in the Sengoku (the Warring State) period and become in fashion nationwide in the Edo era, but gone out of vogue due to prohibition during the Kansei Reforms (1787-1793). However, it remained in secret only among blacksmiths in Kajiya-machi, Kuma-Hitoyoshi region. This was designated an Important Intangible Cultural Property of Kumamoto prefecture in 1965. “Un” means “one” and “”Sun” means “the best,” so they are conjectured to be the origin of Japanese phrase “Un-tomo-Sun-tomo-iwanai (meant “saying nothing at all”).”
In Portuguese, “Sun” is “sumo” and “Un” is “um.” Judging from them, it can be assumed that the Portuguese words are the origin of the Japanese words. The way to play “Un-Sun-Karuta” is like a trump in card games. At least, it is far from Japanese traditional playing cards that the name “Karuta” represents. 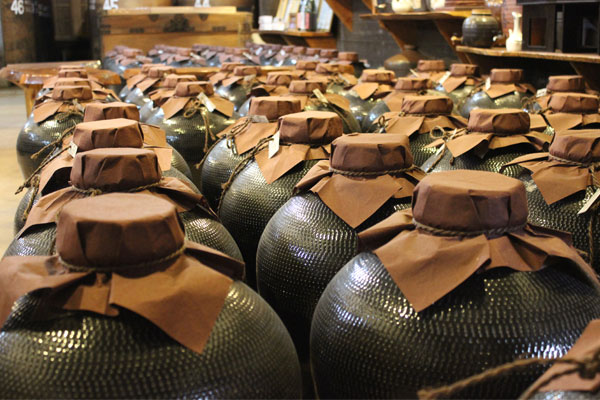 There are six warehouses that tell us Hitoyoshi’s foods, drinks, and culture that have been fostered in 700 year-old history since the time of Sagara Fief. Watching them, drinking and tasting liquors when you want, and please enjoy the walking tour of the warehouses. (picture: Fukano-Shuzo-Honten) 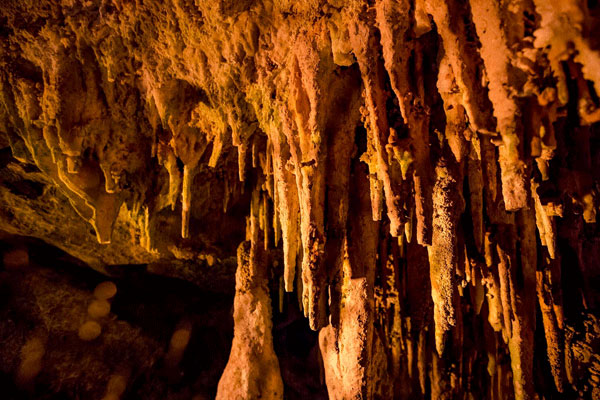 “Kyusen-Do” is the largest limestone caves in Kyushu found on March, 1973, and has 4.8 kilometers in depth. It is assumed that the underling limestone undersea has been uplifted about 300 million years ago. It keeps on being eroded little by little even these days, and some creatures which have unique ecosystems live in the cave. It is the art work created by nature over 300 million years.