We offer wholehearted dishes only in the Hitoyoshi hot spring hotel, Ayuno-sato.

“Shaku-Ayu” is a specialty grown in the rapid stream of the Kuma-gawa river.

The Kuma-gawa river runs east and west, in the middle of Hitoyoshi city, and was used as a kind of transportation facility for “Sankinkoutai” and a means of distribution in the Edo era. Also, it has been used as an oasis for local people since the old days.
The Kuma-gawa river symbolized Hitoyoshi is ranked as one of the three rapidest streams in Japan. “Kuma-gawa Kudari (going down the Kuma-gawa river, opened on March first every year)” is well known.
The sweetfish grown in Hitoyoshi is recognized as “Shaku-Ayu,” due to its characteristics such as eating mineral-rich waterweed in the river and its fatter body than national average one. Salt-grilled Ayu makes you enjoy with its rich flavor and taste that spread in your whole mouth. Very popular specialties are “Uruka,” picked Ayu with salt and it matches well with Kuma-Shochu as an appetizer, and “Ayu-Sushi,” etc.

Our proud master chef wholeheartedly makes them by not only taking painstaking care in obtaining excellent ingredients but also garnishing beautifully like an art.

We, Hitoyoshi hot spring Ayuno-sato, have a lot of reputations from guests about the buffet style breakfast that are made the most of the taste of local ingredients. Some of them stay here aiming to eat the breakfast. As well as seasonal local foods, “Ayu pickled with miso” by the master chef, “Shabushabu of local vegetables” by Western food chef, our original “Okami-no-Chikara-miso” by a proprietor “Okami,” and “the yogurt which is a blessing of Kuma” by a young proprietor “Waka-Okami are recommended. Please enjoy the breakfast with substantial meals.

Message from the master chef of Ayuno-sato 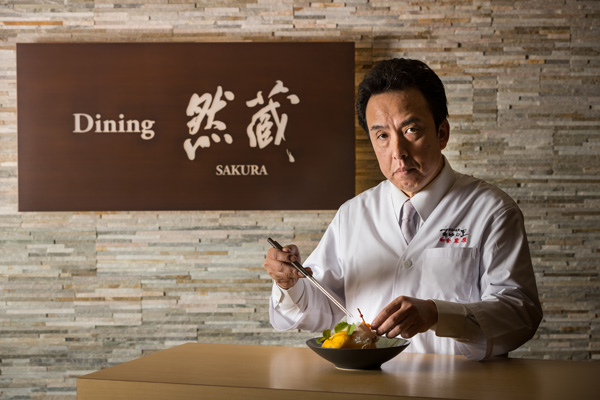 Kuma-Hitoyoshi, specially the Kuma-gawa river, is a treasury of ingredients.
I let guests fully enjoy local seasons through Japanese dishes.
This is my mission.
My theme of dishes is “Hitoyoshi left in your memory.” 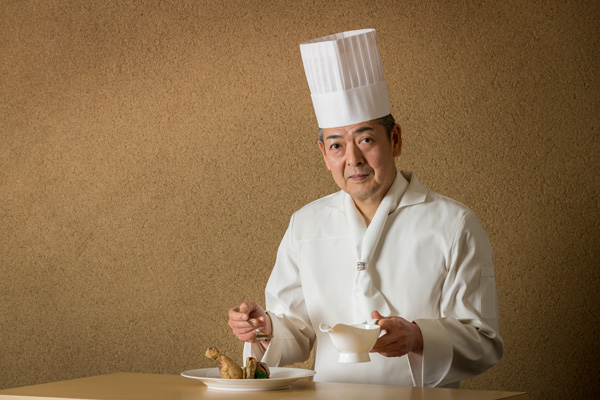 I try my best day by day to provide guests with dishes followed with the ideal of Seiryu-san-sui-ka Ayuno-sato with long history that is to be familiar with local seasonal ingredients and to make the most of the taste of them, appreciating for rotating seasons.